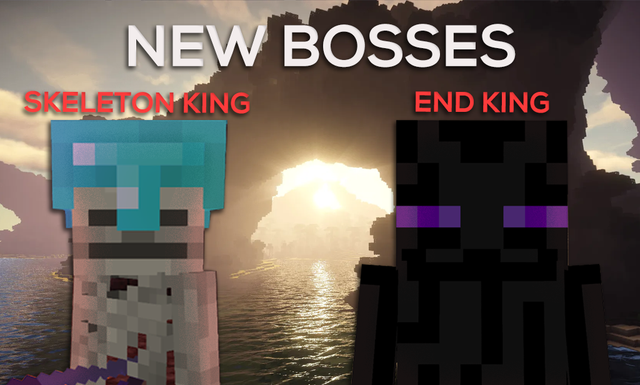 Alot of issues came up when we initially released bosses, mainly with timed spawning because of how 1.16 handles mob spawning around players.

Happy to announce these issues have been fixed and bosses now spawn in their respective boss rooms.

With 0.1.5 we released two bosses, the Skeleton King and the End King.

Both bosses have high tier items that have a chance to drop on death, along with a plethora of other rewards that can drop on death also.

In coming updates we will be releasing more bosses, some may even come with their own gear sets that the boss wears and can drop on death.

As usual, any bugs or issues that you may run into with the bosses, submit a ticket in our discord or leave a post of our bug report forum.